I am an old child welfare worker who has the good fortune of continuing to work with children and families from hard places. Fortunately, tomorrow doesn't have to look like yesterday. The generational cycle of abuse and neglect can be broken. 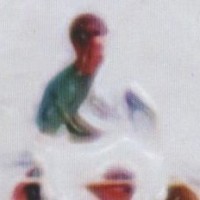 Do you remember lessons learned about freedom during the magic years of childhood? Think about the joy, the amazement, the sense of thrill and the wonder of catching fire-flies. Of course, you then hurriedly put them inside a mason jar. Of course, at the age of three or four, you needed help to put holes in the lid so the fireflies could get air to breathe.

Most parents are a little uncomfortable allowing a four-year-old to play with an ice pick. The fireflies were really small, but the thing you noticed or discovered is that the fireflies did not want to stay inside the glass jar where you placed them. They wanted freedom.

Isn’t the experience of freedom or the need for freedom a longing that we all share? It is true of fireflies. This same is true for our dog Snickers.

If you want to disturb a sense of tranquility, try confining Snickers to one room in the house while you are in another part of the house visiting with friends. Some of you are thinking, “Why would you want to do that?” I won’t bother to answer, but I guarantee you that if Snickers wants out, he will bark and bark and bark until you give up and open the door.

I’m talking about an old rescue dog that is in many respects very much like me. He is blind and mostly can’t hear, but he is loveable. When he first came to live with us a little over a year ago, he didn’t bark for the first four days. I remember breathing a sigh of relief when he finally found his voice and could express himself.

On January 6, 1941, President Franklin D. Roosevelt delivered his State of The Union address to the American People. He shared his vision for a new world order that guaranteed four freedoms to mankind the world over:

President Roosevelt was adamant that the four freedoms identified were attainable and could be appropriated within a generation. Sadly, before year’s end, the United States was embroiled in WWII. From that time until now, the freedoms President Roosevelt identified that were to encompass the globe have failed to materialize.

Let me suggest upfront, that I’m mixing apples and oranges here, but on a feeling level what I’m sharing is true for me. It may be true for you as well.

It was almost with a sense of disbelief, I watched at how quickly, in the face of a looming pandemic, our government had the power to shut down schools, close businesses, close churches, close daycare centers, eliminate recreational activities from your calendar of activities, close places to eat and eliminate things to do along with prohibiting any gatherings including more than 10 people. In the space of just a day or two, it was a done deal.

I’m not suggesting that the action wasn’t justified or even needed, but the feelings associated to that experience weren’t feel-good experiences. At least that is true of my perception. Overnight we became aware of just how quickly governmental officials at the local, county, state and national level became health experts as they went to great lengths to protect us from ourselves.

I don’t know the answer to the challenges we face, but voluntarily choosing to limit activities and mostly stay at home feels so much better than  having no say in the matter.

In the Wake of Suicide
Mere Inkling Press
Mistakes & Adventures

A Backpack , A Chair and A Beard

Think of all the beauty still left around you, and be happy

Finding the Adventure in the Commonplace

A blog full of humorous and poignant observations.